Summer is here! This is my favourite time of the year to have some R&R. It’s another Thursday and I will turn it into a Replay and Reminisce kind of day by presenting Summer Scent.

I watched this drama without knowing the main leads at first. I was simply moving along with the story. It is very slow. If this drama is shown now, a lot of peeps will runaway from it. An episode is made mostly with fillers but it managed to keep the audience wanting for more because of the cliffhangers. The story shows snippets within the episode that clues you in on the big picture at the end. It has enough drama to keep you at the edge of your seat.

It felt wonderful to see Song Seung Heon (Yoo Min Woo) and Son Ye Jin (Shim Hae Won) together. They are a K-drama classic pairing. Song Seung Heon is very ideal in this drama. He exudes charm brought about by his chemistry with Son Ye Jin. I like their combination. I think Seung Hoon’s unkempt, wavy hair must have done the trick why Min Woo was so endearing.

I am not an avid fan of the Season drama series (Autumn in my Heart, Winter Sonata etc). I’ve watched Summer Scent simply because I was enthralled. Or I have to blame the theme. I love summer! The OTP is refreshing to watch and I loved the fact it wasn’t a heavy melodrama that delved with a brother falling in love with his sister. 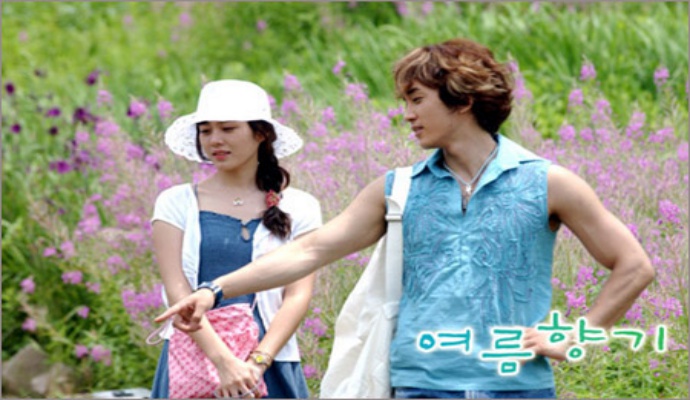 It gets tougher in the middle towards the end. Han Ji Hye (Park Jung Ah) annoyed me. I was frustrated with her character especially when she acted like a girlfriend the whole time when she doesn’t even have the right and knows it! I can accept that she is in love with Min Woo. But there are limits to loving a person and showing it. Jung Ah went overboard.

I couldn’t believe Kang Ji Hwan had a cameo here. I almost didn’t recognise him. Time really has a way of changing people. 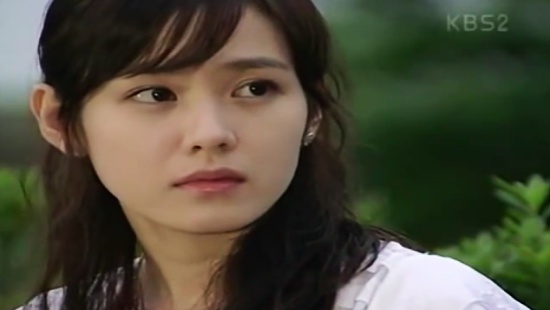 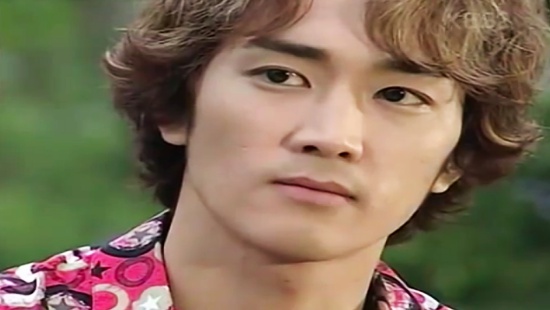 What if the right one came along yet you already belong to someone else? The story went along with this and circled around the I-like-you-but-don’t-like-me slash I-can’t-control-my-heart-so-I-will-like-you-still for 20 Episodes. Add to that are problems of the heart, both figuratively and literally speaking.

First love is really valuable in Korean dramas. It is a love that once found, you nurture it, you protect it, you make it last. Most of the first batch of K-dramas I’ve watched are first love focused, that leads would even kill for it. Back then (or even up to now), it felt more like a woman is a man’s possession that no one could have or deserve to have except for that first man who got it. It is true that first love is hard to forget, but we should also know when to let love go. Summer Scent is vague about this since they put weight on first love. But its a good thing that the drama showed the heart can move on and love again. 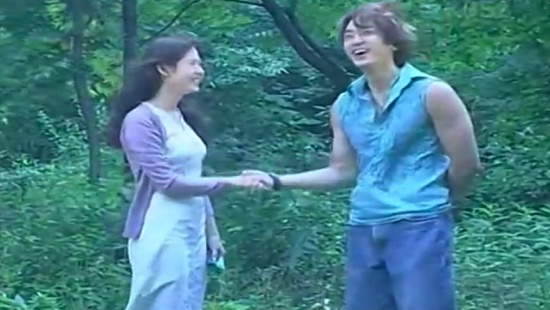 Hae Won reminded Min Woo so much of his first love. I think the resemblance attracted him towards her. As the drama unfold, they get to know each other better and their love became real. Min Woo loved Hae Won not just because of his past, but more so because Hae Won made him love again. They have the same situation, actually. Min Woo made Hae Won’s heart truly utilise its function to love, not because she is obliged to reciprocate it. Besides, Min Woo does things that makes any woman’s heart flutter happily. He provides warmth and incredible amount of comfort that is hard to resist. 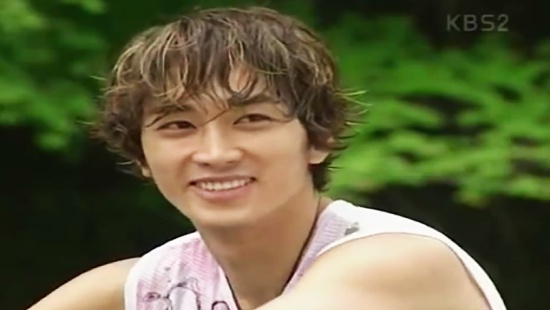 The character of Park Jung Jae (Ryu Jin) is a perfect ideal man. However his relationship with Hae Won lacks in so many aspects. This became more obvious when Min Woo entered the picture. If you are in a long relationship, it can stagnate if you are complacent. Hae Won and Jung Jae are in a relationship for the sake of it and sadly they became more distant together. Ironic. The foundation might be right but they went on going the wrong path. Love became selfish, rude and a burden.

At first, Hae Won tried to think straight and not reciprocate Min Woo’s feelings for her. But in the process she eventually allowed herself to fall more in love with him. Despite of having a boyfriend, she still looks for Min Woo and prefers to be with him. Hae Won’s character is very peculiar, she say something and acts differently. Her feelings are not stable and its obvious her love for Jung Jae wavered. If the love is true, one wouldn’t even consider anyone else. Jung Jae is also stupid to still cling on a love that isn’t for him. Classic plot in K-drama.

Briefly the drama showed the meaning of “Love means never having to say you’re sorry.” When Hae Won begun saying “Mianhae” more frequently, it was a sign of her wavering love for Jung Jae. I believe that when we truly love someone, we wouldn’t do anything to merit an apology. Hae Won kept on repeating the same mistake as her heart continuously beat for Min Woo. 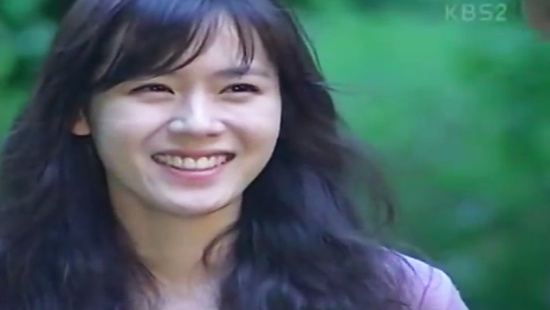 Even if Hae Won tried to conceal her feelings for Min Woo the scent of her love is too obvious not to notice. Eventually everybody found out. What is the classic solution to this mess?? Pretending like nothing happened is the worse kind of solution. Good thing Hae Won decided to end her relationship with Jung Jae. But this guy is as stubborn as his sister. Jung Jae didn’t let her go easily and even imprisoned her, just to have her close. Not allowing your partner to grow is the worse kind to show love. Eventually a love like this will end. 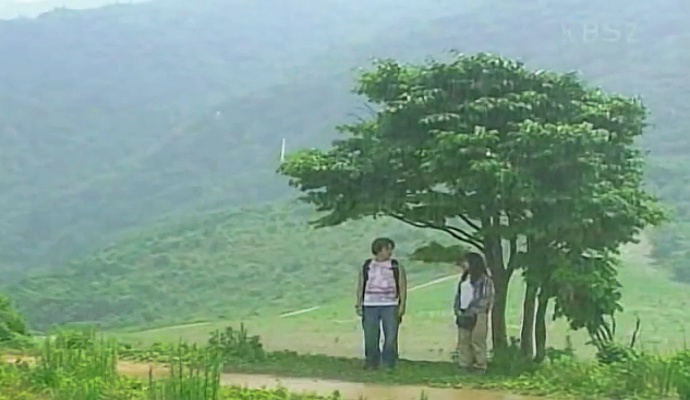 The title could have been changed to Rainy Scent since the leads met mostly while its raining. They shared the sweetest moments – and even ended meeting again – while there was a down pour! The drama loves cliffhangers and chose to have an open-ending. Well for me the story ended to begin another love that yearns to start again. 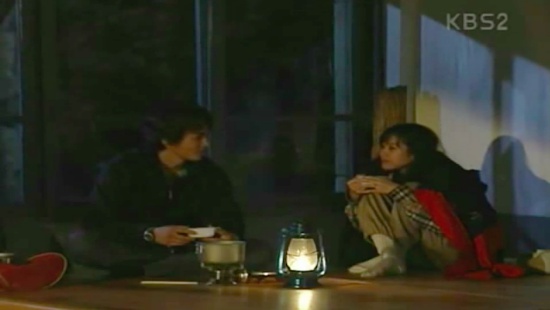 “What does coffee and love have in common? Both of them are sweet and bitter, and there are many varieties. It’s hard to switch once you get used to a certain flavor.  The flavor changes depending on the temperature, but it is best hot. It’s addictive and hard to give up. You start when you’re grown up. Instant is also good too. On a rainy day, you crave it more.” – Hae Won and Min Woo

When Hae Won and Min Woo met at Gari Mountain, they were forced to stay together for a night. It’s the best time to get to know each other too! I love conversation like this. It breaks the ice and you’d really learn from just listening to other people’s thoughts. Min Woo is really a gentleman all through out the trip. I wouldn’t mind to stay another night to have his company. 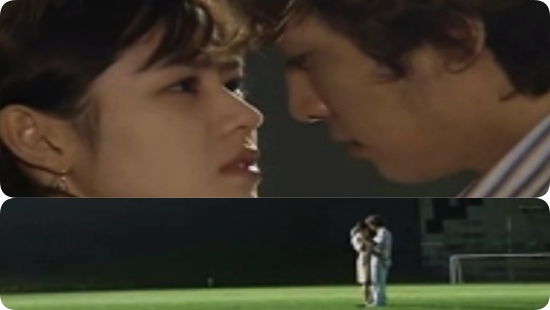 1. Dancing in the middle of the soccer field – it was a good time to simply forget that Hae Won has a boyfriend. I know its wrong but it felt right. Two hearts that beat as one can’t be denied. I mean, they were dancing with no music! Just swaying on their own rhythm. Aww. But what really made this so special was the tension built here! Min Woo was so close, we almost got a kiss! 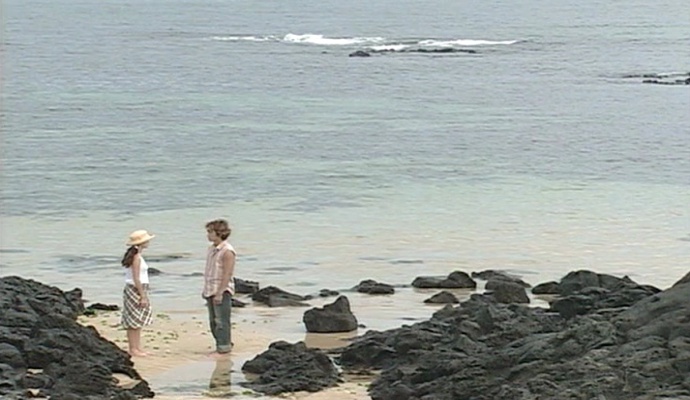 2. The island trip – A man will never leave a woman alone. Min Woo found out that Hae Won has gone island hopping by herself. A storm threaten to destroy her little adventure but the storm proved to be better than good. Our couple had some alone time again! Woot! I love this kind of unfortunate event. 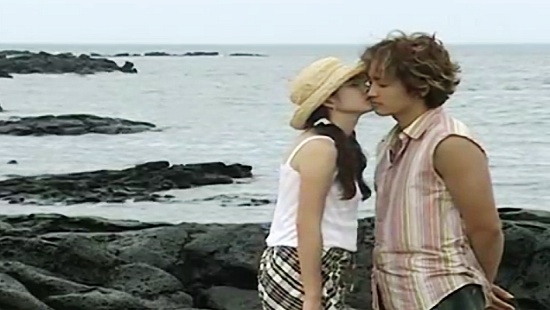 3. Gift – what is the best gift in K-dramaland? Kiss. Along with this is Hae Won’s word as a sign of gratitude towards Min Woo: “I want to thank you for our time together. This feeling, this scent, and this heart of mine. I want to give them to you as a present.” Yup, the heart is also part of her gift. It’s not really a good thing to give when you already have a boyfriend. But in K-dramaland, silently giving your heart means its been taken away by “the one” who deserves to have it. Anyhow, this is the only kiss scene for the entire 20 Episodes. IKR?! This is the conservative Korean drama classic style.

Suggest a drama from 2010 backwards only, in the comment section. I might include it for TBT. See you next week! 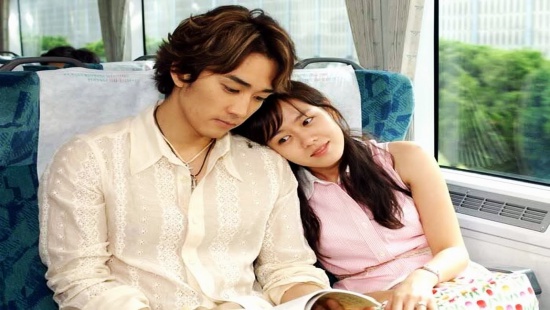