I will always think of Lee Min Ki fondly because Dal Ja’s Spring is one of my favorite dramas so I’m glad that he’s returning to the small screen after a decade.

As for the drama itself, well… how about we read the synopsis from AsianWiki first?

Nam Se-Hee (Lee Min-Ki) is a single man in his early 30’s. He has chosen to not marry. He owns his home, but he owes a lot on his mortgage.

Yoon Ji-Ho (Jung So-Min) is a single woman in her early 30’s. She does not own a home and envies those that do. She has given up on dating due to her financial struggles.

To be honest, it sounds a little boring. It’s like we’ve gone back a decade to when cohabitation dramas – such as Dal Ja’s Spring – were all the rage. On the plus side, it’s written by Yoon Nan Joong (Flower Boy Ramen Shop, The Queen of Office) and directed by Park Joon Hwa (Bring it On Ghost, Let’s Eat series) so it could be good.

I’ll wait for the proper trailers to decide if I’ll give it a shot or not. 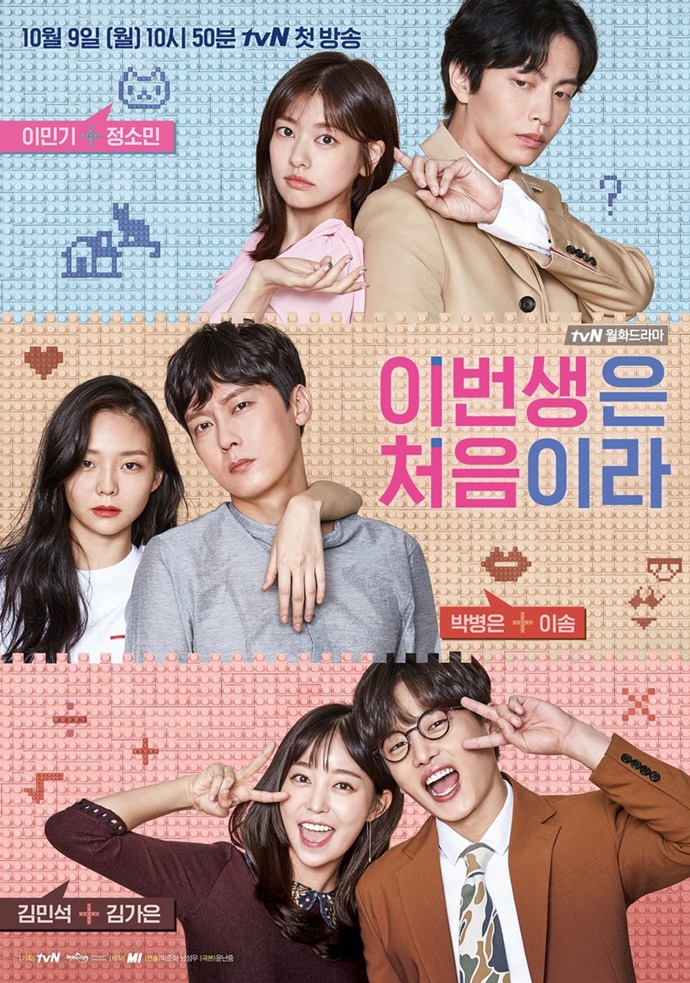 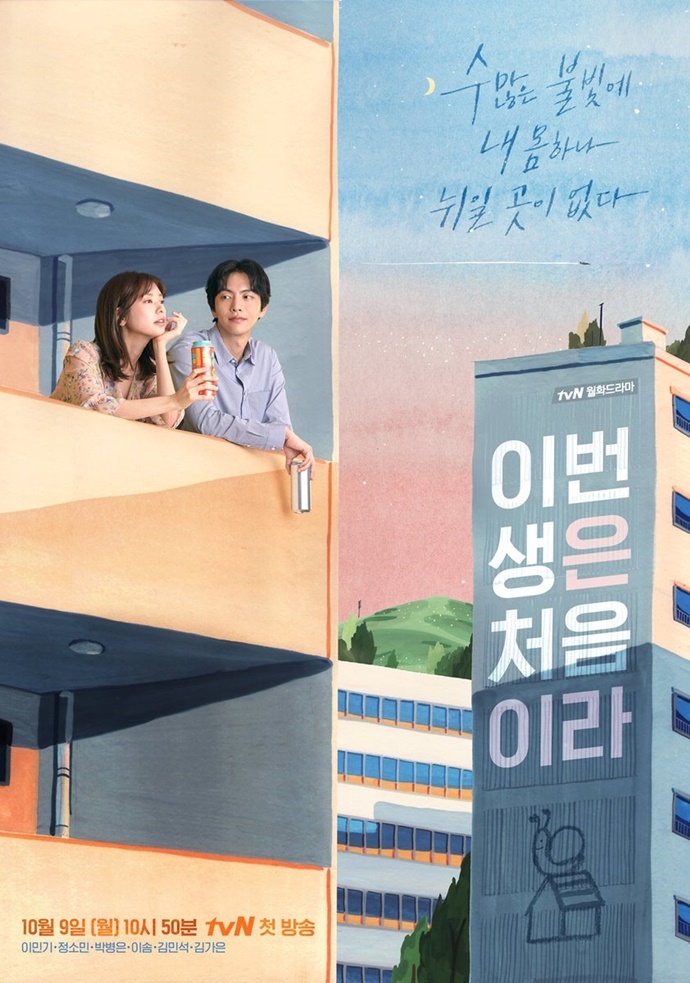 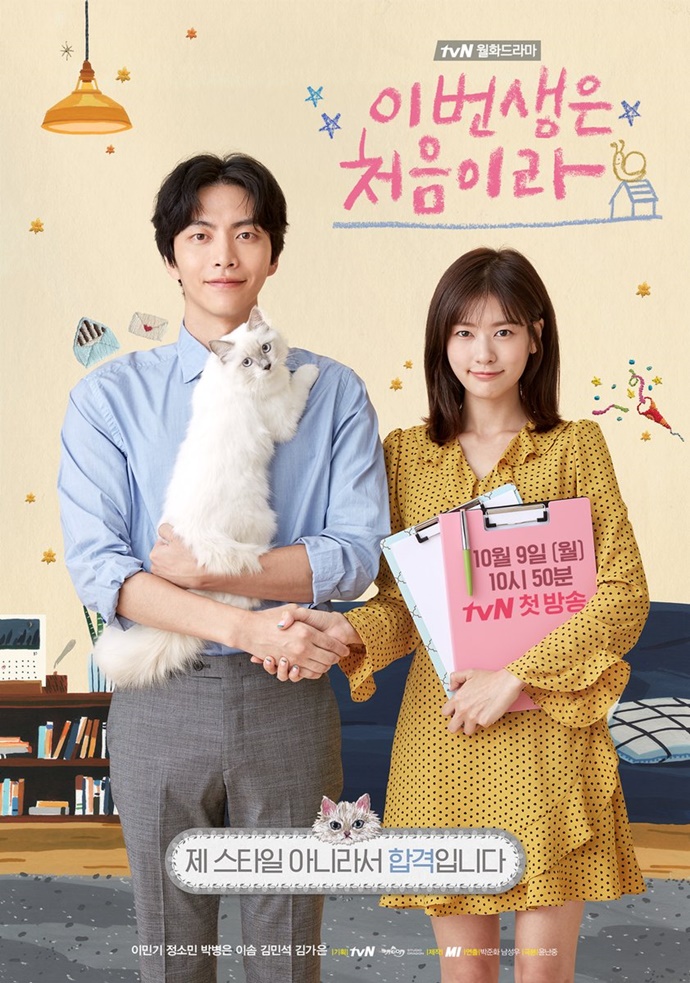 There are two other couples. We have Sim Won Seok (Kim Min Suk) and Yang Ho Rang (Kim Go Eun) who have been together for 7 years but are unable to take the plunge into marriage, and Woo Soo Ji (Esom) and Ma Sang Goo (Park Byung Eun) who have opposing views on love.

I’m slowly becoming a fan of Kim Min Suk’s and would be all over this drama if he were the lead as he impresses me in everything he’s in.

Because This Is My First Life premieres on October 9th on tvN.