Another week goes by and I’m so much more interested in the Soo Ji/Sang Goo arc that I’m wishing they were the main couple.

I’m going to go against the grain here and say that I don’t really see that much chemistry between Se Hee and Ji Ho. I did in the first episode when they first met and she kissed him but it seems to be diminishing as time passes by. Maybe it’s just my perception as he’s still very stoic with her and I would at least expect to see more outward expressions of his interest in her. Or it could be more because I don’t like him very much. I think so-called “4D” personalities can be hilarious but I find him a bit boring. *ducks* 😀 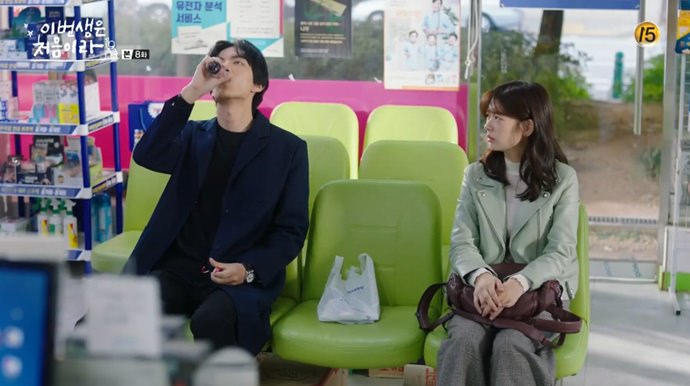 I get it. I know he’s this man who had no interest in anything but paying off his loans and taking care of his rescue cat and is now so wrapped up in protecting Ji Ho that he skips picking up his cat from the vet. I know what the show is telling me. And I get that he was trying to keep her safe without making accusations against Bok Nam without real evidence but I still didn’t like it. Especially as part of it was fueled by his jealousy. He claimed that it was Ji Ho’s right to choose how she got home but he kept telling her what to do while going behind her back and instructing Bok Nam not to offer her any rides. He tells him that it’s because Ji Ho has a hard time rejecting people then he uses that trait against her to keep her away from work by asking her to take his cat to the vet. 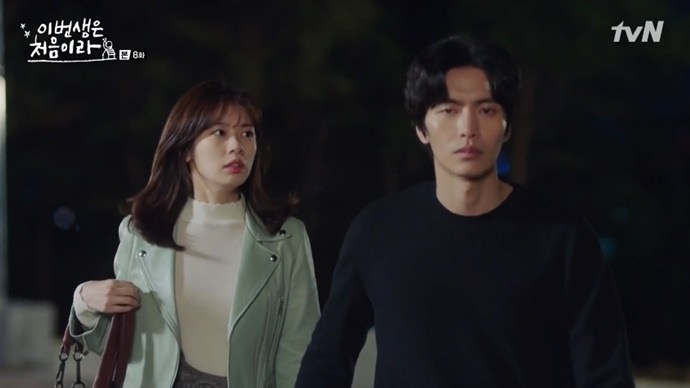 And is Bok Nam the worst stalker in the world? Or was he intentionally dropping hints that he knew her far better than she thought to scare her? What exactly was his endgame? He was going to knock her out with the wrench then take her unconscious body elsewhere on his bike? I guess I’m a little fuzzy on what his real deal was.

On another note, am I the only who expected a revelation that he owned the cafe? 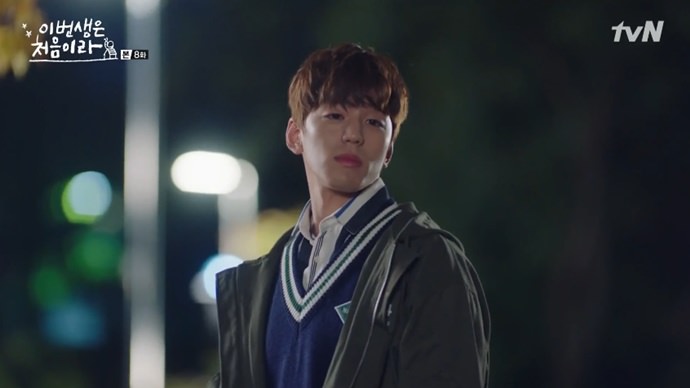 Which coworker told everyone about what Soo Ji had to endure at that work-related dinner? Not only does she get continuously harassed by the prick who acts like her chest is her face, she gets harassed by clients. Will she speak up and face the repercussions that come from that? Or will she quit altogether?

And it’s interesting that those ladies in the bathroom concluded that Sang Goo spoke up because he likes her and not because he’s a decent human being who can’t stand women being sexually harassed. 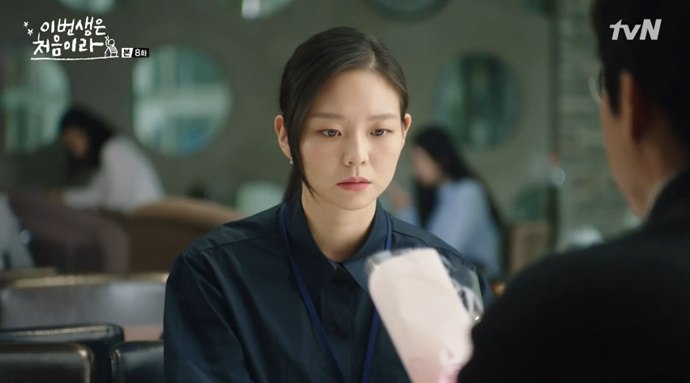 Then we have Ho Rang who let her man know that she’s fine with romance without finance but not without commitment. We already knew she wouldn’t be straightforward about her needs so I wasn’t surprised that she used sex as a weapon.

And now Woo Seok is coming around. Is it because he doesn’t want to double bag (which is actually less safe than using only one condom) or because he’s starting to see things her way? Her loyalty and anger on his behalf over the negative reception to his app touched him.

Speaking of which, that app, though. It could work for a parent and child or couple who’s away from each other, and perhaps for hotels. Instead of calling the front desk to request a wake-up call, you can use the app but I can understand why Se Hee and his team wouldn’t think it particularly viable. What a shame if he’s spent years on an app doomed for failure. They should take the feedback they received and perhaps modify it into something that can be more widely and frequently used. I’m rooting for you, Won Seok! 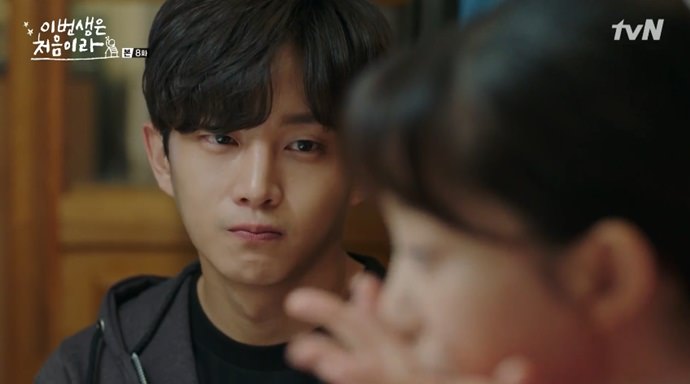 We’re at the halfway point and we’ve got an uncompromising man doing things he otherwise wouldn’t ever do. He’s finally found something he prioritizes over his cat and has begun to interfere in someone else’s life, something he made clear he didn’t want her to do last week.

There’s Won Seok at a crossroads. It’s one thing to starve for something you fully believe and quite another to do it for something one isn’t so sure of. Will he keep working on it or take Sang Doo up on his job offer, get a better steady income and give Ho Ran the life she wants?

Sang Doo was willing to give up on an investment that would have expanded his business. How will he handle falling for a woman who refuses to mix business with pleasure? 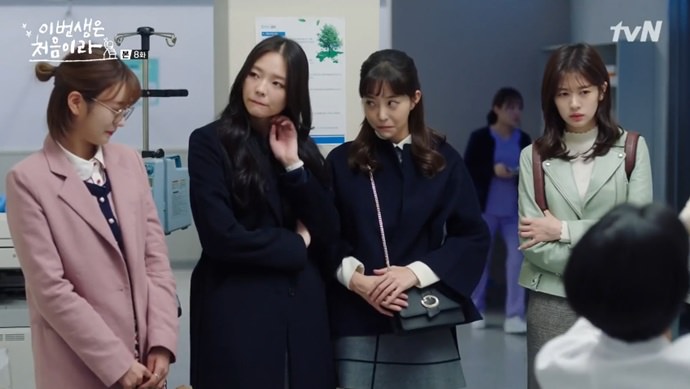