I’m caught up on this drama and I have to say that I’m totally loving it! I’m surprised that I’m this hooked on a drama with no big mystery or romance. On the surface, it’s the story of three women who join hands to exact revenge and I started it thinking it would be something like The First Wives Club and it is in some ways, as it’s a story of sisterhood, growth and revenge. But it’s also different or perhaps it’s because it’s a series and not a two-hour movie but eight hours in and these ladies haven’t yet gotten a handle on their revenge. Not only have they not gotten far, they don’t have a clear picture of what their revenge looks like. And their targets have begun to catch on making it even more difficult to succeed.

In fact, I think the only character who’s received just revenge is the minor one who maltreated the barista at the coffee shop at the beginning of the show.

We have the club founder Kim Jung Hye, a chaebol daughter married to a chaebol son. She’s lived a sheltered life and has no real concept of money that she wouldn’t bat an eye if asked to pay $500 for a cup of tea. An illegitimate daughter, she never knew her mother and was made to feel unwanted by her half-siblings, particularly her older sister. Hers is a business marriage and she’s been unable to bear a child. And as someone who’s been uninterested in running the family business (unlike her sister), she hasn’t lived with much purpose. The drama begins with her husband bringing home an illegitimate son. 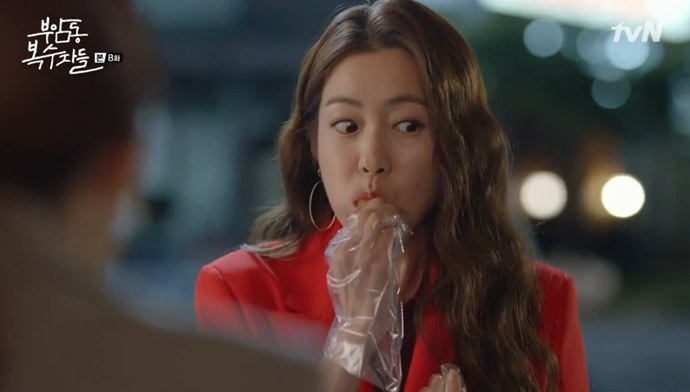 Lee Mi Sook is a stay-at-home mom and wife of a professor. She was raised in an orphanage and is now the mother of two but of only one living child as her son committed suicide. It’s been two years since his death and her daughter is surly and does her best to ignore both parents while her husband drinks and batters her. Jung Hye approaches her when she notices bruises on her wrists. Her entire life revolves around creating a happy home environment which she longed for as a child and is unable to obtain as an adult. 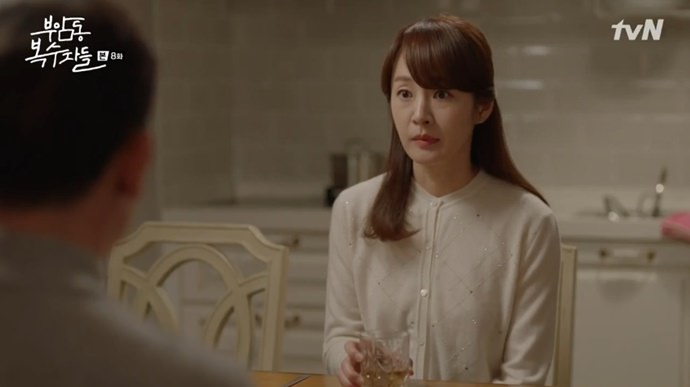 Hong Do Hee is a widowed, fun-loving fish seller and like is the trend in many dramas, as the poorest, has the happiest home life. She was happily married (although her husband left her with debts) and is now raising her two kids with love. Jung Hye approaches her after witnessing the mother of her son’s bully maltreat her. She’s the only ajumma who might end the drama with a new love as she’s being subtly courted by a younger man. 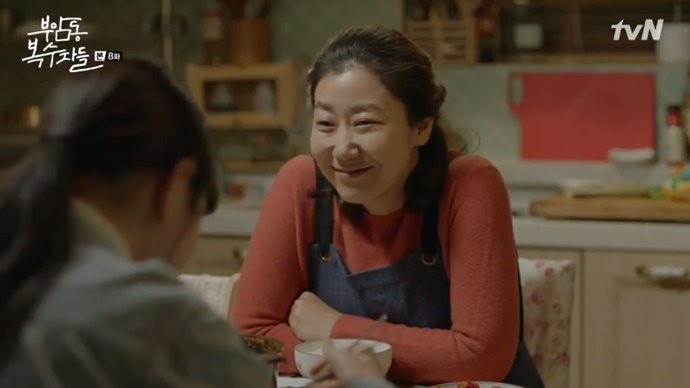 Our youngest member, only man and last to join the club is Soo Gyum, Jung Hye’s stepson. He’s a chaebol illegitimate child who wants revenge against the parents who didn’t care for him for the first 18 years of his life. As the baby, he’s creative and boldest with their revenge schemes.

With his grandparents gone, he longs or a loving parental figure and after a rough start, has found one with his stepmother.  The romance between him and Mi Sook’s daughter is developing so slowly that I wonder if anything will happen by the end of the drama. 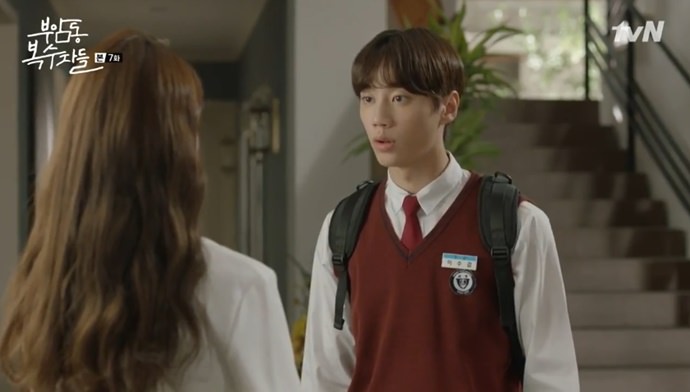 Is it only me who thinks Jung Hye’s husband is the least bad of the villains? While it’s true that he planned to steal his son’s land and is using him to raise his status in his family, Soo Gyum was conceived years before marriage and so far, it doesn’t look like he’s actively trying to ruining his wife’s life. I think his sister-in-law is a bigger villain to Jung Hye, at least, in the way she treats her on a daily basis.

Lee Mi Sook’s husband is the absolute worst. I know their son committed suicide but I’m inclined to believe he’s somehow responsible for it. In addition to beating his wife when drunk, he treats her like a slave when sober. Imagine instructing her to never make any decisions on her own and to only follow his orders. Then in the last episode, he forced her to return to the orphanage that had been a house of horrors to her to help his campaign. Her life is the most in immediate danger and I need her out of that home stat!

Then there’s Hong Do Hee, whose home life is #goals but nasty outside people keep messing with her family. There’s the disgusting principal sexually harassing her daughter who used his connections to negatively affect her business, then the rich kid who teams up with his mother to bully her children and her. When will someone stop that awful kid? He and his mother need their just desserts ASAP! 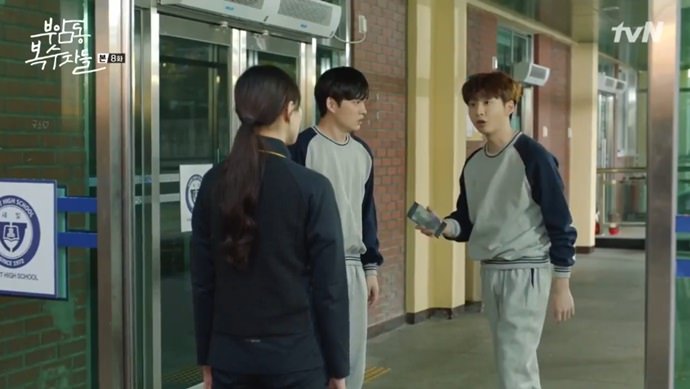 Last but not least is our Soo Gyum who, in my opinion, shared some inappropriate chemistry with his stepmother at the beginning of the show (but I think it’s his acting) and is settling in nicely as a son to all three ladies. His mother abandoned him with his grandparents and now that she’s pushed him on his rich dad, sees him as a cash cow. If she isn’t conspiring to sell his grandparents’ land behind his back, she’s using him in her blackmail schemes. What’s surprising is that she waited so long to do these.

I could watch these four for hours because they are an interesting group with great chemistry. It’s heartwarming and fun to watch them together. And I love how they are teaching Jung Hye what it’s like in the real world. Whether it’s how to peel an onion or visiting a sauna. And through them, Mi Sook is slowly getting stronger and learning to stand up for herself. And there’s Hong Do Unnie who from being around them, is getting less intimidated by rich people and proudly facing those lauding their status and wealth over her. And Soo Gyum… what has he actually learned from the group? I can’t say but I love how much of a big brother he is at school and the youthful exuberance his brings to the team. 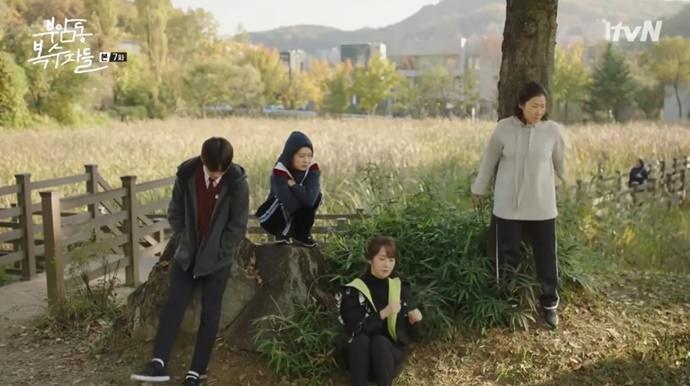 While I want them to get revenge, above all, I just want them to be happy –  whatever that means – and for all the villains to receive appropriate punishment for their crimes. I hope this isn’t too much to hope for.

How sad is it that after proclaiming Jung Hye’s husband the least bad that he might prove me wrong in the next episode?